Switch To A Different Campus

For Geometry Classes – Blocks 3A, 3B, and 5 (Scroll down for other block classes.)

Common Core State Standards
G.CO.1    Know precise definitions of angle, circle, perpendicular line, parallel line, and line segment, based on the undefined notions of point, line, distance along a line, and distance around a circular arc.

Teach
Scaffolding Questions
Have students read the Why? section of the lesson.
Ask:
What are some other objects that points, lines, and planes could be used to represent? Sample response: Stars can be represented by points, lines can be used to connect the stars to form constellations, and a plane can be used to represent the sky.
What are some other ways that combinations of points, lines, and planes are used? networks and maps Describe a point, a line, and a plane. Can you clearly define these geometric terms? What is the difference between a description and a definition? A point is like a dot, a line is like a long, straight road, and a plane is like a desktop. There are no clear definitions of these terms; a description simply describes, whereas a definition is a detail of specific criteria required for a figure.

1. Points, Lines, and Planes
Examples 1 and 2 show how to name and model points, lines, and planes by using the key concepts provided in this lesson.

Additional Examples
1.    Use the figure to name each of the following.

2. Intersection of Lines and Planes
Examples 3 and 4 show how to draw, label, and identify points, lines, and planes in space.

Additional Examples
3.    Draw and label a figure for each relationship.
a.
ALGEBRA Plane R contains lines     , which intersect at point P. Add point C on plane R so that
it is not collinear with
b.
on a coordinate plane contains Q(–2, 4) and R(4, –4). Add point T so that T is collinear with these points. Sample answer:

Focus On Mathematical Content
In geometry, a point is a location without shape or size. A line contains points and has no thickness or width. Points on the same line are collinear, and there is exactly one line through any two points. The intersection of two lines is a point.
A plane is a flat surface made of points. A plane has no depth and extends infinitely in all directions. Points on the same plane are coplanar, and the intersection of two planes is a line.

Teach with Tech
Interactive Whiteboard Draw a plane on the board. Select students and give them specific points and lines to draw that are either in the plane or not in the plane.

Multiple Representations
In Exercises 54 and 56, students use a table and a graph to investigate a locus of points.

For Geometry B Classes – Blocks 1A and 1B

Write an equation of a line given information about the graph. Solve problems by writing equations.

Before Lesson 3-4    Graph and write equations of lines given characteristics such as two points, a point and a slope, or a slope and y-intercept.

Lesson 3-4    Write an equation of a line given information about the graph. Solve problems by writing equations.

After Lesson 3-4    Identify and sketch graphs of parent functions, including linear.

G.GPE.5    Prove the slope criteria for parallel and perpendicular lines and use them to solve geometric problems (e.g., find the equation of a line parallel or perpendicular to a given line that passes through a given point).

8 Look for and express regularity in repeated reasoning.

Review of Slopes of Lines

Have students read the Why? section of the lesson.

Examples 1–4 show how to write a linear equation using the slope-intercept form or point-slope form of a line. Students should be able to use given values to write a linear equation either in slope-intercept form or point-slope form. Example 5 shows how to find a line that is perpendicular to a given line through a given point.

1. Write an equation in slope-intercept form of the line with slope of 6 and y-intercept of 3. Then graph the line. y = 6x  3

Write an equation in point-slope form of the line with slope  that contains (10, 8). Then graph the line.

3.    Write an equation of the line through each pair of points in slope-intercept form.      a.

Write an equation in slope-intercept form for a line perpendicular to the line  through (2, 0).

Example 6 shows how to solve a real-world problem using a linear equation.

6. RENTAL COSTS An apartment complex charges $525 per month plus a $750 annual maintenance fee.

You can write linear equations to solve real-world problems. Slope often represents a rate of change. This rate can be used to determine cost or other information.

Equations of Lines The equation of a line may be written in many different ways. The point-slope form can be written with any point that the line passes through, or the slope-intercept form can be used. These equations are equivalent by using the algebraic properties of equality.

Using Graphs Some students have difficulty writing a linear equation using the point-slope form from a word problem. The students should make a graph with each axis representing the variables for the given values. This method allows the students to substitute values for the slope and intercept.

Interactive Whiteboard Drag a coordinate grid on the board. Draw a line on the grid, and have students write the equation of the line in slope-intercept form. Then drag the line to another location on the board and repeat the process. Discuss how the equations are similar and different.

Perseverance Mathematically proficient students check their answers to problems using a different method. They can understand the approaches of others to solving complex problems. Encourage students to look for alternate ways to solve problems.

Critique Mathematically proficient students can distinguish correct logic from flawed reasoning. In Exercise 58, students should recognize that if Josefina simplified her equation, it would be identical to Mark’s answer. Remind students that the slope-intercept form and the point-slope form result in equivalent forms of an equation of a line.

Equations of Lines When converting the point-slope form of the equation of a line into slope-intercept form, remember to distribute across the parentheses.

Slope and a Point on the Line

Slope and a Point on the Line

In Exercise 52, students use a table, a verbal description, and an algebraic equation to investigate slopes of lines in a system of equations that has one solution, no solution, or infinitely many solutions.

Enrichment: Polygons on a Coordinate Grid

Enrichment: Polygons on a Coordinate Grid

Polygons on a Coordinate Grid

Have students write how yesterday’s lesson in slopes of lines helped them in learning to write equations of lines. They should give at least two examples that support their reasoning.

Logical Explain to students that when they find the equation of a graph they should always check their work. Working independently, have students look at the examples in this lesson and substitute points on the line into the final equation. They should see that the substitution results in a true equation.

Extension Have students define a situation where there is a profit equation and an expense equation, and graph each equation on the same grid. The point of intersection of the two lines is called the “break-even point.” For example, at Ken’s lemonade stand, Ken earns $0.25 per glass of lemonade sold. His expenses are $2.50 for a pitcher and $0.05 per glass of lemonade he makes. Graph the equations y = 0.25x and y = 0.05x + 2.5. The point of intersection (12.5, 3.125) tells Ken he must sell at least 13 glasses of lemonade per pitcher to make a profit. 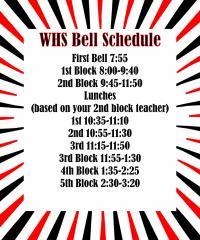 We have implemented E-Notes Notification System to provide timely communication to parents, students, and staff members regarding campus and district news, inclement weather, activities, and classroom events such as projects, test or field trips. Click the above image to sign up today!